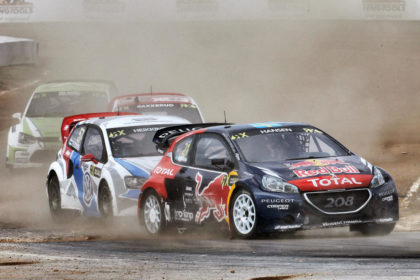 Peugeot boss Maxime Picat has backed initiatives to create an all-electric rally cross supercar category in the World Rallycross Championship, adding that the series has potential to become a frontline motorsport category if it continues to innovate.

“Rallycross is a format with a lot of potential,” said Picat. “It has the star quality with its drivers, in Sebastien Loeb now, [ex-WRC champion and double WRX champion] Petter Solberg, and [Gymkhana star] Ken Block and many more. Plus the format is made for television. We are very keen to see how it develops.

“We would definitely support the development of an electric car category. There is huge potential for bringing new energy vehicles to motorsport and this is one of the best ideas – so doing that in rally cross as soon as possible would be interesting. The race format is ideal for recharging the batteries and putting on short but spectacular shows, and the style of racing in rally cross is an ideal world to show the sporty potential of this technology.”

Peugeot has already hinted at the future of electrification in hot hatches, producing the Peugeot 308 R Hybrid concept last year. Unusually, the concept car was fully driveable as a way of demonstrating how electrification can boost engine performance for enthusiasts.
Picat also confirmed that the victorious Peugeot team would return to the Dakar Rally in 2017, with Loeb, ex-world rally champion Carlos Sainz and last year’s Dakar winner Stephane Peterhansel competing. It is not clear, however, if the team will continue to race with the 2008 DKR that won last year, or if the cars will be reworked and rechristened to promote the new Peugeot 3008 road car that is expected to launch later this year.

“In recent years we have picked our motorsport carefully, and nobody else can say they won Le Mans and Dakar and broke the record at Pikes Peak,” said Picat. “We are supremely proud of these achievements, and are delighted to move our fans with these successes without the expense of doing Formula 1. With this strategy we can look back to our past successes but also write the next chapters of our history, while showcasing tomorrow’s technology and hero drivers.

“Dakar doesn’t have big coverage in all countries, but it does in some of the most important ones for us: France, Spain, Italy, Brazil, Africa and China. The overall investment to return ratio is pretty good, so we want to keep going.”

What do you think of an all electric championship? Please leave your comments below! 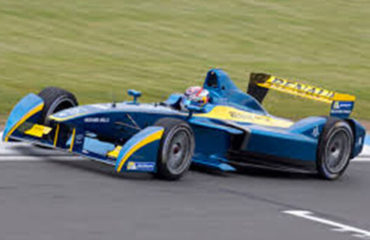